“Oh god! You are Manglik, you should only Marriage with Manglik Groom or Bride. Otherwise you are solely responsible on your fate.” These words are often heard, when we show our horoscope to any immature Astrologer. 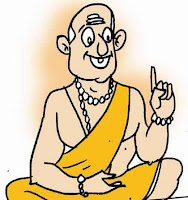 Let me clear something on Manglik Identification. If Mangal (Mars) is present on First House, Fourth House, Seventh House, Eight House and Twelfth House of the Horoscope then, it is considered as Manglik Kundli.

A Manglik can only Marrige with Manglik?
Scientifically there is no such evidence found, there are many people who marriges with non Manglik and live happily. There are some argument with life partner but is very common.

Manglik should mary with tree before actual marrige?
The Astrologers often tell you to do this because to being a Manglik are attached to the first marriage only. So, when you marry your groom, it is actually your second marriage without the supposed problems in your first marriage.

Your husband or wife may die or you will get divorce!
There is another example which is completely is baseless. Neither your husband or your wife nor anyone close to him will die just because you are ‘supposedly’ Manglik. The success of your marriage depends on you and your partner’s compatibility and understanding. You are being a Manglik is not going to determine your marriage’s longevity.

Characteristic of not being Manglik:-

Myself Gunjan Goyal. My mission is to provide all basic knowledge about astrology..